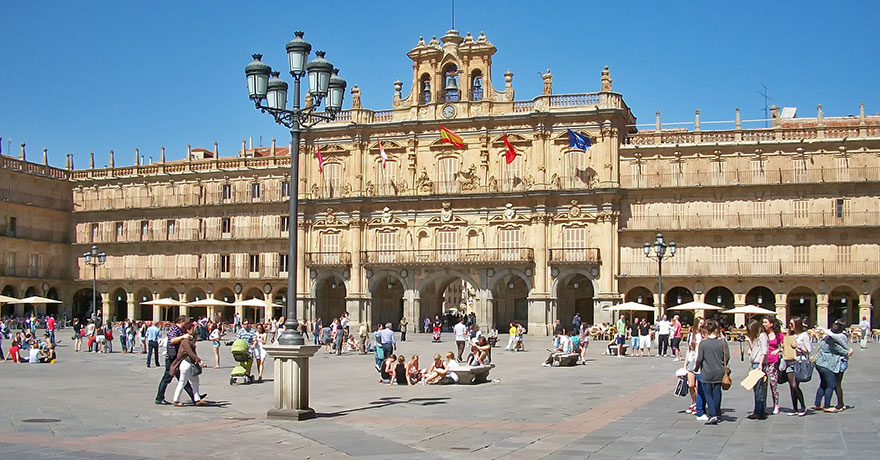 My experience in Spain, and my advice to language learners

Harry has recently opened a new language school in Oxford. Here he tells us his own experience as a language learner in Spain and shares some advice on how to learn a language.

I remember the precise moment when I realised I could understand (the gist of) a foreign language. Walking down a road in Salamanca with my American friend talking to me in perfect Spanish, I suddenly heard my inner voice say, "I can keep up with what you are saying, and I get the idea of what you are telling me". Of course I couldn´t respond well and tripped over my words the very next sentence that came out of my mouth, but, this was a huge step in my language learning life.

It occurred after I had been living in Spain for almost 2 years, at the beginning of which I had a month of classes and I then learned the rest through much self-study, making long-lasting Spanish friends (who I still keep in touch with to this day), and really forcing myself to partake in conversation. It took me another 3 years on top of that to acquire a proficient level of Spanish, an ELE certification to teach Spanish up to intermediate level, and to pick up a rather southern accent from Jimena de la Frontera, Andalucía. I believe I started actually LEARNING the language in my last year-and-a half after moving to the south of Spain, and I´ll tell you why.

Learning the language by living in a small town

Jimena is a small white town in the province of Cádiz, Andalucía. I moved there because I love wildlife and the biannual bird migration there is one of the best in the world. I thought that because it was such a small town that I may find it a bit isolated and quite boring to live there, but this couldn´t have been further from the truth. There was always some nearby picturesque town to visit at the weekend or a walk to go on with local people through the neighbouring countryside. More surprisingly, in the town itself there was in fact something to do every evening if you wanted! The improvisation sessions at the newly-refurbished theatre was a great place to practice my Spanish and give me huge confidence in reading out loud; playing a game of ´petanque´ with locals and new friends gave me exposure to colloquial language and the history of where I was living; a trip to the weekly market brought me news from neighbouring villages and a chance to practice my negotiations and try some excellent locally-sourced food. The opportunities to learn and practice language were all there, and definitely had been in Salamanca too, but I only started actively looking for them when I started living down south.

Practice the language wherever and whenever you can

I know now that I did not look for the available opportunities in Salamanca not because of my low level of Spanish, but because I had neither accepted nor embraced the fact that the most important part of language learning is to actively get involved and to practice wherever and whenever you can - not just in the classroom, but outside of it too. Finding local events, exhibitions, and decent places to eat rustic food has become so much easier with the aid of smartphones, and is something I highly recommend to all of my students in Oxford and they always have a story to share in class (which means I can help them make their story even better with new and exciting language!).

Really letting go and embracing life in a foreign country can be difficult, and some will find it harder than others, but when you are exposed to language, you will assimilate it piece by piece and become a far more skilled and confident communicator. Start looking for those opportunities to use what you know and build up from there – you may even learn something new about yourself as well!