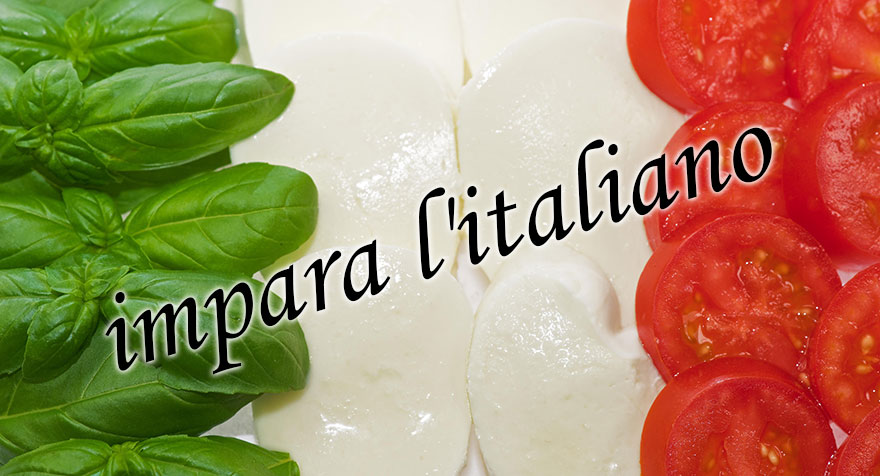 Thoughts on Italy and learning Italian

Are you interested in learning Italian? Here Sandy, a student at Solemar Academy in Italy, let you know about his very personal journey learning the Italian language.

I have to declare a bias. I first touched Italy in early February 2011, and first started preaching about how much I loved it about ten minutes later.  I trained as an actor, and there is a theatricality to Italy and her people that colours everything from the cinematic landscapes to the operatic soundtrack and the drama that Italians can fit into the time it takes to drink a tiny cup of their incredible coffee. On my second day there I saw a couple in a café having what I thought was a full blown row – arms flailing, voices escalating – and discretely asked my boss what on Earth they were arguing about. Different kinds of cheese. Different kinds of Mozzarella, to be specific.  'And,' she added, 'it's not an argument... they're flirting.'  I was on the hook.

I've been very lucky that my work has taken me to every corner of Italy since that first visit.  And in many cases I have stayed with local families. They've blown me away with the warmth of their hospitality, and shown me the country from the inside out. For a start I have learnt that while there is one Italy, there are also thousands of tiny ones. I spent a week with a family from a village outside Ravenna. I asked the father if he had always lived there and he told me he had. I asked if his wife was also from here.  The response was an emphatic no!  Laura came from another village – all of 3 kilometres away - and despite living with her husband in Vincoli for fifteen years, she was an out-of-towner. Practically foreign...  'They speak very strangely there', Simone told me, straight-facedly.

This is why to learn the language of the Italians you have to spend time there.  It's not just a verbal language – there are dozens of illustrated articles dedicated to the most common hand gestures alone (and no... not just the rude ones you're thinking of)!  And Italy's a fairly young country – it was only unified in the mid 19th century.  So there is a lot of regional variation, as well as old dialects which are still spoken widely.  But even if you're just focusing on the basics of standard modern Italian, absorbing language in person beats slaving over an app or textbook.

The good news about throwing yourself in at the deep end is that as a European you have a ready made life jacket.  I didn't know a word of Italian when I first arrived – except that, as I quickly discovered, I did.  The latin roots of so many European languages mean that from alpha to zero you already have some Italian vocabulary.  If you can get creative with the ends of words you'll be making double strides.  A minor tweak will turn nation, nación or nação into nazione -  If you speak any other latin languages you'll find you understand huge amounts intuitively.

I've found Italians to be very patient and appreciative of my efforts to learn a language that after all isn't nearly as widely spoken as English, Spanish or French.  The gratitude you will see in return for that is well worth the effort.  Also, Italian is a genuinely fun language to speak.  It has obvious music, and thanks to the global appeal of Italian culture we all know how to sing it. You really can sound out every letter, bounce the words up and down and it's almost impossible to sound offensively over the top!

Of course, you do have to be careful.  Order a pepperoni pizza and it will be topped with peppers rather than spicy sausage.  Your firma is not the company who employs you, but your signature.  And I once memorably complimented Italian cooking to a colleague because how few condoms* they used! (*mistranslating preservatives as preservativi – as opposed to conservanti.  A mistake I will never be allowed to forget!)

From La Dolce Vita to a real Sicilian Paradiso

If you can't get over there just yet, watch a trailer on Netflix.  More Foreign Language Oscars have been won in Italian than any other language, and from La Dolce Vita to Life is Beautiful you have a wealth of great options to watch - with subtitles, at first!  Matteo Garrone and Paolo Sorrentino are both still making wonderful films.

I share a small bond with Sorrentino, because to escape the chaos of the big cities and their franchise language academies I spent several months at a school in the small Sicilian beach town of Cefalú, setting of the director's masterpiece Nuovo Cinema Paradiso. Paradise is absolutely the word here - It was love at first sight for me with this beautiful little corner of the island. The small cathedral and sits at the top of the old town, which slopes down to the harbour where turquoise water washes against old stone houses that match and mismatch with each other like an old jigsaw. All of this is overlooked by the huge rock that towers over the town.  You can take in the views up there in the morning, relax on the gorgeous sandy beach in the afternoon and cool off in the evening with fabulous Sicilian cooking and a long glass of the local Nero d'Avola wine.

Solemar Academy were consumate hosts. They offer intensive, fully immersive courses for all levels, taught in a family atmosphere by a small team of friends from the town whose obvious love for the place they grew up shines through. They will give you a guided tour of the place, lessons in rustic cooking, excursions both up into the hills and out into the sparkling Mediterranean. You can even stay overlooking the town and bay from one of the balconies or terraces at their beautiful Villa Caterina, where the school principal is the perfect host. (Top tip: ask nicely and you can tuck into a breakfast egg from one of his brood of chickens)  There are dinners and barbecues for the guests and his parents, who founded the school, will drop by to entertain you.  In my brief time there I met students of all ages from Scandinavia and Germany, Britain and America, the Netherlands and France - a week or two there really does have the feel of a holiday where you happen to be learning the language by accident.

To conclude, I'll offer the same advice I offer my friends:  Go see Italy!  Get to know it by learning the language – and above all check out glorious Sicily, and say hi to my friends at Solemar. 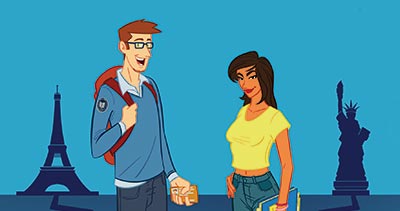